“I Just Wanna Be God” Lyrics:

I’m in control; I got a bulletproof soul
And I’m full of self-esteem
I invented myself with no one’s help
I’m a prototype supreme
I sit on my private throne
And run my lifestyle all alone
Me, myself and I agree
We don’t need nobody else

I never learned to bow, bend or crawl
To any known authority
I really want to build my statue tall
That’s all

I was born to rock, and I was born to rule
But if I’m wrong on judgment day
I’m royally screwed with hell to pay
I never learned to bow, bend or crawl
To any known authority
I really want to build my statue tall
That’s all

Dragontown, Alice’s 22nd studio album, was released in 2001.  It’s a continuation of the themes found on the previous LP, Brutal Planet – a Brutal Planet part two, so to speak. According to Alice, “Dragontown describes the worst town on Brutal Planet.”

The place and characters are metaphors of real-world problems and issues in this place called Dragontown (on this Brutal Planet). The players haven’t escaped. They aren’t dreaming. They are authentically telling their stories. They parallel reality.

Brutal Planet and Dragontown force the listener to acknowledge the darker side of humanity. The album exposes the enemy’s tools and speaks of his influence on this earth.

The songs on this record are hard-hitting and require the listener to question and think a little deeper about life’s meaning. The LP focuses on many aspects of what makes humanity “tick” – the good, the bad, and the ugly parts of this world.

This week, we look at “I Just Wanna Be God.” The song is self-explanatory, and honestly, it is relatively straightforward. There’s no deeper hidden meaning buried within any stanza or nugget. It’s merely the world’s state of affairs and outlook on life.

I’m in control; I got a bulletproof soul
And I’m full of self-esteem
I invented myself with no one’s help
I’m a prototype supreme
I sit on my private throne
And run my lifestyle all alone
Me, myself and I agree
We don’t need nobody else

I never learned to bow, bend or crawl
To any known authority
I really want to build my statue tall
That’s all

I got no time to take advice
I want to gamble with my eternity with loaded dice
I don’t need a preacher in my face
When I’m the omnipresent ruler of the human race
Ain’t gonna spend my life being no one’s fool
I was born to rock, and I was born to rule
But if I’m wrong on judgment day
I’m royally screwed with hell to pay

Isn’t it interesting how things are playing out at this very moment? Nations are scrambling for power. Governments are using their citizens like pawns in a chess match. It seems any ounce of power drives humanity to the next level of all sorts of nefarious actions.

Remember, “Fridays With Alice” is apolitical from an earthly standpoint. We don’t adhere to any one ideology, doctrine, creed, or even a religious or denominational mindset. However, we do serve a Spiritual monarchy – a higher authority, where Jesus Christ is the King of Kings and Lord of Lords.

The world is grasping at straws and a power structure built on a foundation of sand – a House of Cards. However, we, the church – the Body of Christ, we build our foundation on The Rock. Placing our trust, obedience, and faith in Him and His Word as we weather the storms of life.

Christ is the visible image of the invisible God.
He existed before anything was created and is supreme over all creation,
16 for through him God created everything
in the heavenly realms and on earth.
He made the things we can see
and the things we can’t see—
such as thrones, kingdoms, rulers, and authorities in the unseen world.
Everything was created through him and for him.
17 He existed before anything else,
and he holds all creation together.
18 Christ is also the head of the church,
which is his body.
He is the beginning,
supreme over all who rise from the dead.
So he is first in everything.
19 For God in all his fullness
was pleased to live in Christ,
20 and through him God reconciled
everything to himself.
He made peace with everything in heaven and on earth
by means of Christ’s blood on the cross.

21 This includes you who were once far away from God. You were his enemies, separated from him by your evil thoughts and actions. 22 Yet now he has reconciled you to himself through the death of Christ in his physical body. As a result, he has brought you into his own presence, and you are holy and blameless as you stand before him without a single fault.

23 But you must continue to believe this truth and stand firmly in it. Don’t drift away from the assurance you received when you heard the Good News. The Good News has been preached all over the world, and I, Paul, have been appointed as God’s servant to proclaim it. – Colossians 1:15-23

As we’ve discussed in previous weeks, humanity has placed the “cart before the horse.” God’s creation basks in self-fulfillment and personal glory yet wonders why misery and despair still exist. The above-listed verses shed light on that notion. Without Him, there is nothing. Without Him, we are nothing. All authority in Heaven and on Earth belongs to Him, and Him alone.

1 Why are the nations so angry?
Why do they waste their time with futile plans?
2 The kings of the earth prepare for battle;
the rulers plot together
against the Lord
and against his anointed one.
3 “Let us break their chains,” they cry,
“and free ourselves from slavery to God.”

4 But the one who rules in heaven laughs.
The Lord scoffs at them.
5 Then in anger he rebukes them,
terrifying them with his fierce fury.
6 For the Lord declares, “I have placed my chosen king on the throne
in Jerusalem, on my holy mountain.” – Psalms 2:1-6

As the nations rage, let us be ever mindful of where we, the Body of Christ, must stand – upon Him and His Word. Let us forever place Him before us and allow Him to lead. For it is He that goes before us, and He will never leave or forsake us (Deuteronomy 31:8).

Wrapping this up, it’s easy to see why humanity wants to play god. The ways of the flesh drive a narrative that is void of Him and His Word. Instant gratification is what we, in our flesh, crave, yet our soul and spirit long for more. God can and will meet ALL of our requirements. However, we must be willing to wait upon Him. It’s simple to say but challenging to do.

As the world continues to escalate into madness, who will we serve? Ourselves? Humanity? Or our Lord, Jesus Christ? There’s a proper order to this world. When that order is adhered to, unique and beautiful things transpire. We see His Miracles happen before our eyes, and the unexplained occur through and by Him and His magnificence.

In conclusion, we’ve talked extensively about The Last Temptation, Brutal Planet, and Dragontown during this journey. These LPs are absolutely brilliant! Humanity, sin, redemption, faith, God, Christ, and so much more are discussed and laid out within these records.

“I was one thing at one time, and I’m something new…I’m a new creature now. Don’t judge Alice by what he used to be. Praise God for what I am now…humans make really lousy gods, so we’ve got to let God be God, and us be what we are.” – Alice Cooper

Narcissistic tendencies keep us separated from God. They mislead us and bring us the precipice of destruction. Our Father, our Creator, and His Word give order and balance to our lives. He was made visible to us through Jesus Christ. May His life, death, and resurrection be held above all else. That we may know and remember the sequence of this life and what matters most.

That’s it for this week. See you next Friday.

Until then, keep walkin’ in Faith and Rockin’ with Alice!

Have you accepted Christ as your Savior?

If you would like to accept Jesus as your personal Lord and Savior, please pray the following prayer:

“God, I believe in you and your son Jesus Christ.  I believe that Jesus died on the cross and rose from the grave to save me. Today, I invite Jesus into my heart to stay.  I make you Lord over my life. Make me new. Wash me, Lord, and cleanse me. In Jesus Name, Amen”

If you have just prayed that prayer, we want to celebrate your new victory with you.  Please contact us at prayers@oceanfloorministries.com so we can welcome you into the kingdom.  We don’t want you to have to walk alone and we have some resources we would like the opportunity to share with you. 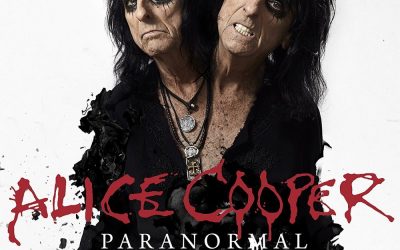 This week we look at “Dead Flies.” Released in July of 2017, Paranormal is the 27th studio album by Alice Cooper. The album features three songs performed by the ‘classic’ line-up (Neal Smith, Dennis Dunaway, and Michael Bruce). The album also features Alice hooking up with various other musicians such as Larry Mullen, Jr. (U2), Roger Glover…

END_OF_DOCUMENT_TOKEN_TO_BE_REPLACED

This week we discuss “It’s The Little Things” from the Brutal Planet LP. The album takes a dark, somewhat sarcastic approach to raw, thought-provoking topics such as racism, terrorism, gluttony, greed, abuse, and the fall of humanity. Each track throws the listener deeper and deeper into the dimmer side of humanity. What’s most interesting is the timing…

END_OF_DOCUMENT_TOKEN_TO_BE_REPLACED

“Muscle of Love,” released on November 20, 1973, was the last album recorded by the Alice Cooper Group (ACG). An album stripped of theatrical flair – it returned to the basics of Rock & Roll. Receiving mixed reviews, it managed to hit #10 on the U.S. charts. This week’s song, Crazy Little Child, is a traditional jazz piece complete with piano, banjo, and horns/woodwinds instruments…

END_OF_DOCUMENT_TOKEN_TO_BE_REPLACED

Fridays With Alice is not associated with Alice Cooper, Alive Enterprises, Universal Records or any official entity.

This is an unofficial site.

However, Alice and Sheryl Cooper are aware of the page and its content. We have spoken with them both and have been given their blessing to continue posting material. Sheryl is also a member of the Facebook group and frequents the page and group at her leisure as well.

The Fridays With Alice Facebook Page and Site are copyrighted © 2018-2020; all rights reserved. Any duplication or reproduction of the items on this page without permission is prohibited unless you provide a link please. Credits and acknowledgements are noted where known. No copyright infringement is intended.