GOD IN THE DARK!

HomeWorldHealthGOD IN THE DARK!
/
/ Unknown 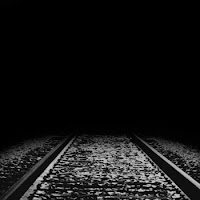 To someone in a season of life where you are trying hard to find something to be happy about at such a time; this piece goes out first to you, especially if you’ve had  quite a number of unmet expectations even though you held strong to your faith in God.
The truth remains that irrespective of the language our situations or circumstances may be speaking, God remains good and God remains God. Furthermore, He has the best thoughts and plans for you and it never brings Him joy seeing you go around with a heavy heart or wearing an unhappy face.
The reason why we are often easily down-casted and overwhelmed by life’s situations may not be far from the fact that we tend to interpret success or happiness in life by the happenings around us and we tend to measure our achievements in life against the accomplishments of others.
But I would like to make a clear notation here especially to the believers, that God never promised a perfect painless storm-less life on the Earth to any of His children, rather He promised to always be there for them to ensure they are never drowned in the seas of life nor lost in its vicissitudes.
Indeed, God can do all things, and God is called the God of the Heavens and the Earth; but there is also one who is called ‘the god of this world’, the one who is working tirelessly to prove himself with an ultimate aim of turning the world system into a godless one; and one of his tactics is to ensure anyone who refuses to be loyal to his godless government or decides to stand with God’s government is faced with many harsh realities and untold frustrations by that system.
This continuous battle between good and evil is vividly evident in literally all sectors of the world system; from governments, to individual corporations, to the world of showbiz and entertainment, even to the critical areas of education and social justice.
Do you ever wonder like I sometimes do why if its not bad news then it hardly makes the news headlines?
Do you also wonder sometimes why its like the older our world gets, the more truth seems to be getting more and more outdated and lies are becoming more and more celebrated?
Why what use to be too obscene or too weird for the human mind to conceive is now becoming good enough even for TV?
As much as we tend to avoid the bitter truths about life and focus more on enjoying the ‘good’ things it has to offer, the truth remains that we do live in a dark world that will not get better but rather only get even darker as long as God’s Archenemy rules the system.
But then there is indeed a God who is called the Light; and only those who know and seek Him will see and live in the light inspite of the darkness. They will be the ones who are called the light of the world, and the reason why the Earth will keep breathing until that day when those ones will be taken out and this present world becomes too godless for God’s mercy or salvation.
And I do not wish for even my enemy to be left behind in those days, because indeed they would be perilous times that would religate the evils of our present days as child’s play.
So to those who may feel life has been unfair or the world has been unfriendly, please be encouraged and keep hoping in the things unseen, because indeed those are the more expedient and eternal things; everything else shall surely pass away, be it wealth, influence, marriage, family and even life itself.
Nevertheless, God remains God even in your darkest days and His purpose will always turn out for your good if only you stand strong inspite of your pains.
Do not give up on God. Do not give up on yourself. Set out new goals. Draw out the plans. Work hard on them with God on your side. Tomorrow can and will be better by His grace!
Please be encouraged by these words from the Scriptures:
“Arise, shine; For your light has come! And the glory of the LORD is risen upon you. For behold, the darkness shall cover the earth, And deep darkness the people; But the LORD will arise over you, And His glory will be seen upon you.” Isaiah 60:1-2 (NKJV)
“These things I have spoken to you, that in Me you may have peace. In the world you will have tribulation; but be of good cheer, I have overcome the world.” Jhn.16:33 (NKJV)
“And if our hope in Christ is only for this life, we are more to be pitied than anyone in the world.” 1Cor.15:19 (NLT)
It is and always will be well with the righteous… Cheer up!
#GodisStillinCharge